An interesting review of Lars Lih’s Lenin biography (I posted about that book already) here. In this passage Mark Bergfeld, the reviewer, writes:

In a quite unusual move, Lenin turns to Hegel’s Science of Logic which forces a break with the deterministic, “scientific” Marxism of the Second International which placed its emphasis on gradualism and the ‘iron laws of economics’. By rescuing the dialectic from the intellectual dustbin, Lenin also reasserts the primacy of human agency in the revolutionary process, which finds its highest expression in the “April Theses” which proclaims “All Power to the Soviets” rather than proclaiming all power to the Bolsheviks or the Provisional Government for that matter. Lih does acknowledge that this represents a major shift in Lenin’s outlook but falls short of developing how theory consistently informed Lenin’s political and revolutionary practice.

This is an interesting take on the matter. Much of course has been made of Lenin’s decision to study Science of Logic while others struggled to understand the crisis of WWI but I have never seen it put quite this way – Lenin basically changed his position from “scientific Marxism” to what exactly? If humans makes history, then surely they do so in Marx more than they do in Hegel. The oddness of the picture – Lenin changes course by reading Logic – seems to be that found in this rather peculiar point: Lenin “believed” things would unfold in a deterministic way before he realized it’s the individual revolutionaries that matter and thus, being a revolutionary, he acted on this insight and changed the world. But is going back to individual human agency from the more advanced positions of “scientific Marxism” (with all of the latter’s insights into the role of material base and socio-economic development) a step forward? Were not the Populists already there? Going to the people, teaching them, trying to change their views and achieve a new state through slow gradual change of the “human agent”?

Does Lenin “rediscover” Hegel and thus succeeds at bringing about the Russian Revolution? Did Hegel make Russian Revolution possible? It seems unlike that a lonely fellow at a library reading a turgid book would somehow discover something so significant that it would change the world – too much power given to one human subject…

Counterfire has a review of Lars Lih’s bio of Lenin here. 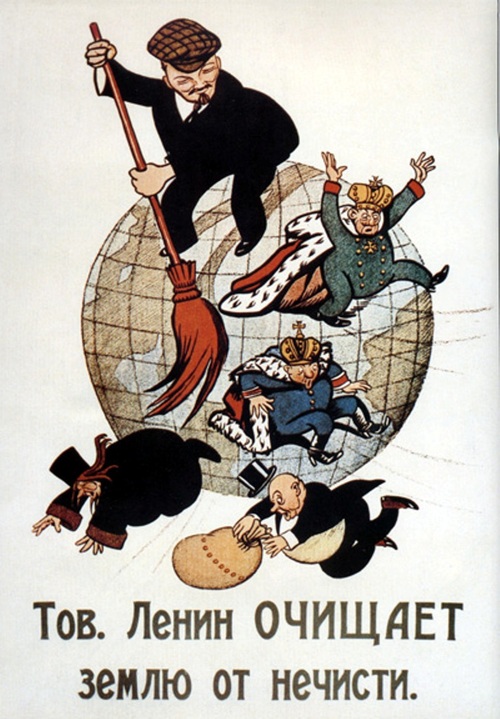 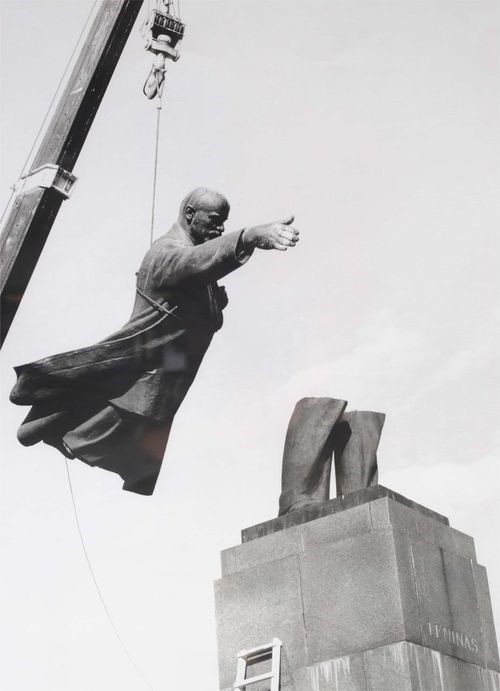 Here’s another one. All that business about Meillassoux’s arch-fossil argument being so immensely and devastatingly novel that surely now all the correlationists will die a horrible death reminded me of Lenin’s Materialism and Empirio-criticism, a rather bombastic and, as some argued, not very deep philosophical book, written primarily for political reasons. Whatever the case may be, this is 1908 and here are a couple of quotes (Lenin has a style of his own, makes for a fun reading):

We have already seen that this question is particularly repugnant to the philosophy of Mach and Avenarius. Natural science positively asserts that the earth once existed in such a state that no man or any other creature existed or could have existed on it. Organic matter is a later phenomenon, the fruit of a long evolution. It follows that there was no sentient matter, no “complexes of sensations,” no self that was supposedly “indissolubly” connected with the environment in accordance with Avenarius’ doctrine. Matter is primary, and thought, consciousness, sensation are products of a very high development. Such is the materialist theory of knowledge, to which natural science instinctively subscribes. [Chapter 1.4]

To summarise. Three augurs of empirio-criticism have appeared before us and have laboured in the sweat of their brow to reconcile their philosophy with natural science, to patch up the holes of solipsism. Avenarius repeated Fichte’s argument and substituted an imaginary world for the real world. Petzoldt withdrew from Fichtean idealism and moved towards Kantian idealism. Willy, having suffered a fiasco with the “worm,” threw up the sponge and inadvertently blurted out the truth: either materialism or solipsism, or even the recognition of nothing but the present moment. [Ibid.]

If things-in-themselves, apart from their action on our sense organs, have no aspect of their own, then in the Mesozoic period they did not exist except as the “aspect” of the sense organs of the ichthyosaurus. And this is the argument of a materialist! If an “aspect” is the result of the action of “things-in-themselves” on sense-organs—does it follow that things do not exist independently of sense-organs of one kind or another?? [Ibid.]

[Drum roll] I give you the “arch-fossil” argument!

Marxist-Leninist afternoon continues with a section from Althusser’s Lenin and Philosophy:

In a lecture now a year old, published in a small volume by Maspero under the title Lenin and Philosophy, I have attempted to prove that Lenin should be regarded as having made a crucial contribution to dialectical materialism, in that he made a real discovery with respect to Marx and Engels, and that this discovery can be summarized as follows: Marx’s scientific theory did not lead to a new philosophy (called dialectical materialism), but to a new practice of philosophy, to be precise to the practice of philosophy based on a proletarian class position in philosophy.

This discovery, which I regard as essential, can be formulated in the following theses: END_OF_DOCUMENT_TOKEN_TO_BE_REPLACED

Rough translation of the subject line: Lenin lived, Lenin lives, Lenin will (continue to) live! While you were running around doing housework, or sat in front of you TVs watching inauguration, Lenin was hard at work. Somehow a post by an honorable John Holbo, who I have to say managed to come out of the battle with some scars but a ton of my personal admiration and respect. Judge for yourself – a short version of the event:

Apparently it’s all about Lenin, but really it isn’t – yet at the same time it is. If you are an insomniac, delve right in – there are a 100 200 comments on one post, and 39 on another. Allow me to cite my favorite exchange so far, and I will surely read this again and again, because what else would bring me so much education vis-a-vis blog etiquette: END_OF_DOCUMENT_TOKEN_TO_BE_REPLACED

So all the talk about elitism and arugula (which I am yet to try) in the media, especially when it comes to a kind of dismissal of elitism from the supposedly non-elitist pundits, made me think about my own high appreciation of everything elitist: I mean, let’s face it, if everyone likes their coffee with a carefully mixed combination of soy milk, a touch of cinnamon, and a pinch of crushed roasted almonds waved in the close vicinity of a burning pink Japanese dogwood branches, then why would I go through the painful process of making my magic mix every morning? The very satisfaction of being an elitist is precisely this very being of an elitist – it’s not about the actual position of belonging to the elite of any kind, it is the attitude, we are told, of regarding others as not-so-worthy of our elitist level. This, of course, is suppose to make all of us educated elitists feel bad about our societal position and think twice before we decide to express our opinions and distribute our wisdom – “who do you think you are, elitist, to teach me about politics?” Yet it is difficult not to laugh and be all mean and unfairly intrusive when something like this comes out:

Republican vice presidential candidate Sarah Palin attended five colleges in six years before graduating from the University of Idaho in 1987.

Federal privacy laws prohibit the schools from disclosing her grades, and none of the schools contacted by The Associated Press could say why she transferred. There was no indication any of them were contacted as part of the background investigation of Palin by presidential candidate John McCain’s campaign.

Ok, my first assumption is that she was not very serious about her education, END_OF_DOCUMENT_TOKEN_TO_BE_REPLACED

In case you’re looking to buy Lenin’s complete works, I highly recommend this Russian store that ships overseas (depending you how much you’re willing to pay, it might take a while) and generally is a great source for Russian books – I have tried many various ways of supplying myself with Russian books and I have to tell you that the stores that sells Russian books in the US are no good: they overcharge (knowing the difference in book prices in both countries) and only sell old used books for the most part which only works if you want some Pushkin or Dostoevsky to casually put on your coffee table and impress that special someone: “Oh yeah, I was rereading it in Russian, so much better in the original, so much better…” END_OF_DOCUMENT_TOKEN_TO_BE_REPLACED