Revolutions and Resurrections: A Workshop on Russian and Soviet Culture

With the cold war over, and the archives fitfully opening, the extraordinary richness of Soviet era philosophy and culture is slowly coming to light. In this workshop, we focus on ‘Lenin’ rival’, Alexander Bogdanov, a founding figure in Soviet science fiction and a highly original Marxist thinker. Boddanov had a select but faithful following after 1917 in Soviet culture. His influence was erased in the Stalin era. Surprisingly, he was not rehabilitated by the new left in the west.

Our workshop will examine what the archive can tell us about the context of his work in the 1920s, the evolution of his philosophical framework before and after 1917, and the relevance today of his systems theory approach to both the natural sciences, social sciences and culture. This workshop is the first of what we hope will be an ongoing dialogue on Russian and Soviet philosophy culture and its western analogues at the New School.

Inessa Medzhibovskaya (The New School for Social Research)
Concepts and Theories of Resurrection in the Bolshevik-Marxist Aesthetics.
This presentation will address key elements of Bogdanov’s thought considered in direct exchanges and in imagined dialogues with Russian religious and Marxist philosophers, critics and ideologues of his era.
Evgeni V. Pavlov (Metropolitan State University of Denver)
Toward Cultural Liberation of Humanity:
Alexander Bogdanov’s Vision of the Future Proletarian Revolution.
Alexander Bogdanov’s influence in the matters surrounding the notions of “proletarian culture” and “cultural revolution” is indubitable. However, the specifics of his proposals, both in his early pre-1917 political activity and his later post-1917 cultural and scientific work, are still not fully explained and made available to the English-speaking educated public. The talk will trace the evolution of Bogdanov’s earlier views on the matter of political, economic and cultural revolution to the later reformulations of the various aspect of the future proletarian revolution in terms of universal organizational science.
McKenzie Wark (The New School for Social Research)
“And worsened the climate for decades.” Bogdanov, systems theory,
critical theory and climate change.
What strikes the contemporary (nonspecialist) reader of Alexander Bogdanov’s Red Star and Essays in Tektology is that in both these texts that wayward Marxist writes about climate change, and gets the scientific principles more or less right. This rather strange surface feature of his writings led me to wonder whether it might be possible to revive a road not taken in 20th century critical theory one that passes through Bogdanov’s Empiriomonism and Tektology, to addressing this most pressing issue of our time. Bogdanov’s work is of considerable interest in reconstructing the intellectual history of twentieth century Russian and Soviet life, but in this presentation I want to explore his relevance for our times.

UPDATE II: Sacilotto responds on FB (here and then scroll to the post on his wall). One of the editors from Speculations asks Bryant question, gets an incomprehensible answer (“…because I think we need to take seriously the reality of things like the properties of corn or the existence of ozone holes.”) Hilarity everywhere!

UPDATE I: Sacilotto responds here (very nicely, I thought). Bryant adds another less emotional rant here. Nothing is clarified, of course. My favorite part, I know you want to know, comes at the end when Bryant imagines a conversation between himself, Zizek (?) and Sacilotto (ignoring his spelling of “hear” as “here” – for someone who writes so much, re-reading your own posts must be luxury one cannot afford)…

I have seen them all over the years, but this is one of the best: enjoy it before he comes to his senses and edits it. I passed over the review by Daniel Sacilotto initially, foolishly assuming it was unadulterated praise of all things “onticology” – I should read it now, because clearly it hit the nerve if Objectologist the Son is so pissed off and whiny:

I’m not interested in legislating what “true reality” is, but in shifting discussion from an obsessive focus on how we know, on how our minds relate to the world, to a discussion of how things, including humans, interact with one another. Assertions made within this framework are not a mere “subjective whim”, as Daniel suggests. He’s welcome to question claims and ask for reasons. It could turn out that various accounts are mistaken. Be specific. Critique the account. That’s how accounts become better. Don’t, however, throw sand in the engine of inquiry. Daniel, I’m sure you miss this, but the basic point is that we’re tired of discussing your issue. We want to ask other questions and attend to other issues. That doesn’t mean we’re unwilling to provide reasons.

Notice the switch from “he” to “you” in the end there – beautiful. I’m not even going to point out all the obvious “pot calling kettle black” nonsense. “Stop accusing us of being simpletons and idiots, you pathetic simpleton and idiot who cannot understand what we are doing” – read it and weep!

Related to my previous post: “We are all adjunct faculty” (by Jill Rooney)

I started teaching in the US in 2003, in my second year of doctoral studies, at my own doctoral institution, I then started teaching at a local college on a more or less regular basis (at least one class a semester, including summers) in the fall of 2005. So I have, more or less, 9 solid years of teaching experience. Not much have changed since I started teaching though. My department does not have any system of encouraging the old-timers, there is no seniority system or any system of ranks between adjuncts – just like in the majority of departments in this country. There is a contract for a semester, there is a pay per class (slightly increasing over the years, but still very low), there is an occasional email from the chair, and that’s about it. I do know several full-time members personally, they are all nice people, they all understand that adjuncts get a shitty deal – perhaps they even work behind the scenes to improve the situation – but nothing has changed so far and it is not likely to change. In short, adjuncts are forever!

This isn’t yet another post about how the system is broken and so on – there is already plenty of such material on the internet. This is a short version of what might be labeled as “adjuncts as fools” theme. There are three myths that most adjuncts, I think, buy into (I certainly do all the time): END_OF_DOCUMENT_TOKEN_TO_BE_REPLACED 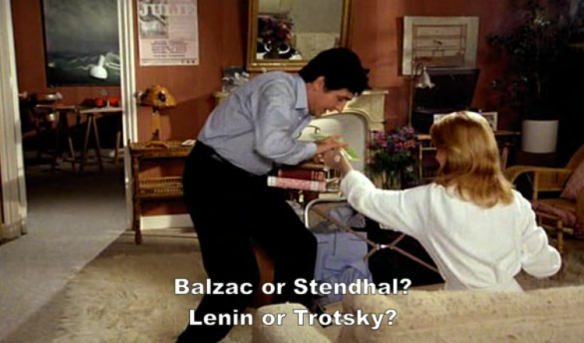 Every time I think about my present gainful non-academic employment, I think about all the other former academics who are currently not employed as academics – there has to be a large number of us out there, given the odds of getting an academic job these days (I do not count the adjuncts, I count full-time benefited positions with long-term contracts ) – the silent majority, if you will. Where are all these people? What do they do with their lives? How do they survive? What are they thinking about? Do they hope against all hope that the system will magically change and they will get their fair chance? Are they working on some academic writings hoping that the compound effect of a few essays and maybe a book will eventually lend them a job? Do they think about giving up? Do they regret going to graduate school? Are they hiding because they think of themselves as “failed academics”?

Many of these questions will obviously never be answered – not by me, not by you. END_OF_DOCUMENT_TOKEN_TO_BE_REPLACED

Man-made objects, or natural ones, inert in themselves but much used by careless life (you are thinking, and quite rightly so, of a hillside stone over which a multitude of small animals have scurried in the course of incalculable seasons) are particularly difficult to keep in surface focus: novices fall through the surface, humming happily to themselves, and are soon reveling with childish abandon in the story of this stone, of that heath. I shall explain. A thin veneer of immediate reality is spread over natural and artificial matter, and whoever wishes to remain in the now, with the now, on the now, should please not break its tension film. Otherwise the inexperienced miracle-worker will find himself no longer walking on water but descending upright among staring fish. More in a moment.

Clearly, Nabokov anticipated the great movement of OOO in 1972 – another mark of a true genius!

Can’t ignore this awesome exchange in the comments. 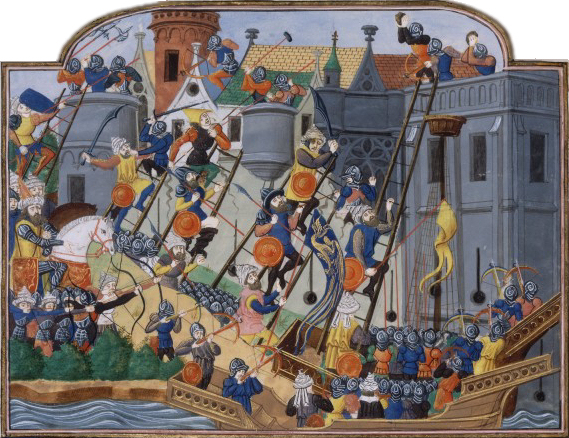 Obviously OOO is build around a certain rhetoric of oppression and marginality – “We must fight the powers that be!” – “No one’s here to fight, man” – “What are you talking about? The enemies are everywhere – look! look! over there!” – “Sorry, mate, don’t see any. I am going to go have a beer and relax.” – “Traitor! Everyone is a traitor!”

I think it must have started here (judging by the angry and whiny fits in the consequent comments).

The victimhood and the complex of persecution is vital to objectology – good job on understanding this point and pursing it.

“We are under siege!”

[UPDATE] The original blogger responds with what is perhaps the most bizarre reinforcement of the above-mentioned persecution complex. How clever! I bet it’s just a really cool inside joke. No one can be that stupid and be so open about it…

Gray’s insinuation that I somehow imply the need for the annihilation of the Jews is thus a ridiculously-monstrous obscenity which only serves the base motifs of discrediting the opponent by ascribing him some kind of sympathy for the most terrifying crime of the XXth century.

Today we went to see a play on University of Colorado (Boulder) campus and it just so happened that during the intermission I stumbled upon Robert Hanna’s office door. If you do not know who Robert Hanna is, look him up or stop reading. His door was just like any other door, except while other doors had two or three names on them, his only had one. His. More interestingly, it had some old weird sheets of paper with some poetry or what have you plastered all over it. It also had two signs – one saying (in large letters) “Stop That” and another “Do Something” – on it. While staring at this door for about 10 or so seconds, I came to realization that here I see an office of a man who is undoubtedly brilliant and interesting but who is also very likely a gigantic weirdo.  END_OF_DOCUMENT_TOKEN_TO_BE_REPLACED