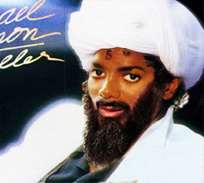 Son of God or America’s first Black President? Take this Quiz!
Something else caught my eye and also falls under the category of irresistible sarcasm: this article from Jewcy traces the Islamic roots of anything that is well, awesome. Here an excerpt:

First they told us that not all Muslims were evil. We didn’t resist.

Then they told us that not all Muslims were Islamo-fascists. We stayed silent.

Then they told us that not all Muslims were Islamists. We conceded the point.

Now there are no labels with which to stereotype and generalize all Muslims. I have seen this state of affairs come to pass and I feel bad for my fellow man, who is deprived of access to a word that might allow him to reduce 1.2 billion people to one essential characteristic.

Given that I am already considered by Muslims to be part of the Crusader-Neo-Con-Zionist alliance to undermine, subvert, and sabotage Islam – not to mention seduce-all-Muslim-women-without-marrying-them-four-at-a-time – I thought I would go ahead and offer non-Muslims a little bit of information that will assist them in stereotyping my people. Here it goes: my friends, most Muslims are Muslamists. It is a fact of which I am only now becoming aware.

Nietzsche, despite his atheism and hatred of organized religion, was more or less a Muslim too, because he said that Spain’s Islamic baths were beautiful and that there was something commendable in the Wahhabi antipathy to alcohol. Muslamism towards Nietzsche is particularly strong, with Allama Muhammad Iqbal, India’s foremost Muslim philosopher once declaring that had he been alive before Nietzsche suffered dementia he would have been able to convert Nietzsche to Islam.

In honor of Mitt’s not so triumphant win in Michigan tonight:


This has been floating around for awhile so I thought I’d post it, kind of funny.