Preparing Louis Andriessen’s“De Staat” for a performance next week in Zankel Hall, I got to thinking about Plato and his strange comments about music.

“De Staat,” which is Dutch for “The Republic,” is a 35-minute setting of several of Plato’s texts about music and politics for a quartet of amplified female voices and an industrial-strength ensemble of brass, electric guitars, winds and pianos. Composed between 1972-76, it is a fabulously high energy meeting of Stravinskian primitivism, funky American bebop and ritualistic Indonesian modalities. It is a masterpiece, emphatically one of the best works of the early era of Minimalism.

Plato’s writings about music go with Adorno’s about jazz. You read them and seriously wonder how a great analytic mind could make such bizarre evaluations and see such subversive evils lying hidden behind the tones.

As much as these sorts of topics smack of Graham Harman sensibility (“Philosophers Who Were Also Lovers of Tea: The List” or “The Most Underrated Philosopher of Lower Bavaria” etc etc), I was listening to some music by Nietzsche (info below) and it occurred to me that I know of several philosophers who also happened to be composers. By “philosophers” here I mean “known primarily as philosophers” and I exclude all the composers who might be considered as philosophically inclined. Here’s my very short list: END_OF_DOCUMENT_TOKEN_TO_BE_REPLACED

I think these two clips should illustrate my point quite well. I know that everyone always wants to play on the “Genius” team, but let’s face it, kids, not many of us are ever going to be really good at something (although many will think that they are).

So here’s a quick comparison between some dude teaching everyone how to play Bach (correctly, according to the original tempos) and some other dude who had bad vision and posture: END_OF_DOCUMENT_TOKEN_TO_BE_REPLACED

Listening to Prokofiev’s Cantata for the Twentieth Anniversary of October Revolution (by Kirill Kondrashin) – an odd piece, to say the least, written in 1936-37. Found this recent recording by Gergiev, check it out: END_OF_DOCUMENT_TOKEN_TO_BE_REPLACED

Encouraged by Mikhail’s post on Tom Waits, I decided to come out of hiding and post this link to Dan Deacon’s new album Bromst:

NPR.org, March 2, 2009 – Baltimore native Dan Deacon has built his reputation on live shows: comically unpredictable messes of frenetic dancing, audience participation and theatrics, all powered by Deacon’s wildly addictive, electro freak-pop. Deacon shuns the stage, instead planting himself on the dance floor with a tangle of cables, analog drum machines and vintage electronics, where he pushes fans to the point of blissful exhaustion. Deacon’s infectious energy is captured on his latest album, Bromst, which can be heard in its entirety on NPR Music, as an exclusive first listen.

When Deacon got his start playing small clubs and parties in 2003, it was hard to take him seriously. Fans were never sure whether his goofy antics and quirky sound were a joke, or simply the result of an artist playing with abandon. But Deacon quickly became a figurehead in the Baltimore area’s electronic music scene. He self-released a number of EPs, and put out his first commercially released album, Spiderman of the Rings, on Carpark Records in 2007. Many music critics ranked it among the year’s best albums.

Bromst is, by far, Deacon’s most fully realized and accessible recording to date. It’s also his first to include more traditional analog instruments, such as piano, glockenspiel, marimba and live drums, collaborating in the studio with a number of other artists. He’s also touring with a 15-piece band in support of Bromst.

Bromst will be released on Mar. 24. It’s available early on NPR Music as part of the Exclusive First Listen series.

P.S. Beirut has a new record out as well – March of the Zapotec – it’s very good, I recommend.

Yesterday was Messian’s 100th birthday, but Elliott Carter is still alive, so he certainly wins. Here’s a couple of nice videos to celebrate the great (old) man: END_OF_DOCUMENT_TOKEN_TO_BE_REPLACED

Two of my favorite bands – Russian Circles and These Arms Are Snakes – have released a 12” split. I have to say that TAAS is probably the best band to see live, or I should say, it’s probably the best band I have seen live. Russian Circles are pretty great too, but I only saw them once, while I think I saw TAAS like four times. In any case, TAAS have a new album out as well – Tail Swallower and Dove – which I just got and I am presently judging it to be worth everyone’s attention. You can listen to some of the tracks on TAAS page on myspace.

It is a great album, if I am not mistaken, there are sections that are very reminiscent of Russian Circles spacey and drown out style. There are plenty of glowing reviews out there, so I’ll spare you. Give it a listen. 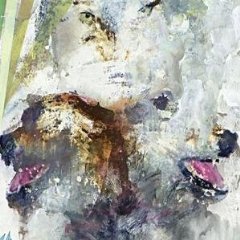 Nature magazine has a series of essays on music and science available online free of charge here (PDF). Enjoy! 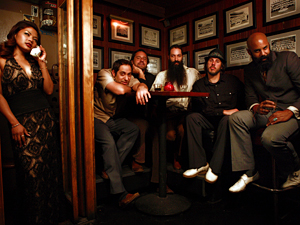 NPR’s All Things Considered had a nice review yesterday of Dengue Fever’s latest album, Venus on Earth. I’ve pasted the review below and you can listen to the original broadcast as well as sample tracks from the new album here.

Some of today’s best world music acts spring from the discovery of an obscure passion. For brothers Zac and Ethan Holtzman, it was 1960s Cambodian pop music — Khmer tunes at once delicate and brash, with a carefree innocence haunted by a sense of lingering menace.

Living in Los Angeles with its large Cambodian community, the Holtzmans and their American cohorts were able to recruit an exceptionally talented lead singer, Chhom Nimol. And in 2001, Dengue Fever was born.

The group started out by covering songs that had inspired them, but the tracks on Venus on Earth are all original compositions. They veer between Khmer pop, film noir soundtrack, surf rock and folky, teenybopper hit parade fare, right out of the late ’60s.

Venus on Earth finds Chhom Nimol singing more songs in English, in duo with Zac Holtzman. But for my money, Dengue Fever really hit their stride when they rock out and let Nimol lay into quirky, melodramatic Khmer melodies.

Venus on Earth is more spare, and maybe a little less wild, than Dengue Fever’s breakout album, Escape from Dragon House. This time around there’s room for teenage angst, and even introspective balladry.

There is a thread that runs through the ’60s pop that inspired those old Khmer rockers, and it continues right on in Dengue Fever’s eclectic work. The songs are simple, the hooks strong, the arrangements clever and fun. And that’s the stuff that make us fall in love with pop songs, regardless of genre, era or language.