Outrageous! How dare he! Every self-respecting politician is in Memphis and is trying to say something smart and edgy about MLK and the civil rights movement: just saw Hillary Clinton’s “speech” on TV, ok, she did not sound very enthusiastic, in fact, she sounded exactly like someone who was paying some good old-fashioned lip service, but she was there! Even McCain, who voted against the MLK day back in 1983 (even Dick Cheney voted for the holiday on that vote), is there trying to explain that it was his first year in Congress and he didn’t really know many black people back then, so of course he voted against the holiday… But where is Obama?

He is Indiana and other places – does he not know that when it comes to all things civil rights, it is essential to insist that you always supported the struggle, you liked the band before it was cool, you think MKL said the wisest words of all American leaders, you will do the best to follow his legacy (whatever you think that legacy is, clearly not all of it is “relevant,” right?)…

“Even in this most idealistic of nations, we do not always take kindly to being reminded of what more we can do, or how much better we can be, or who else can be included in the promise of America,” Mr. McCain said. “We can be slow as well to give greatness its due, a mistake I made myself long ago when I voted against a federal holiday in memory of Dr. King. I was wrong and eventually realized that, in time to give full support for a state holiday in Arizona.”

So McCain was almost 50 when he mad voted against the holiday and it took him some time to realize the error. Now at 72 (that’s pretty old, isn’t it? what is with the old people trying to get/keep political power? drink some warm milk and take a nap time) he realized he made a mistake – how slow is this guy?

And Hillary did a great job as well:

At times Mrs. Clinton’s voice broke, as when she recalled learning of Dr. King’s death as a student at Wellesley College. “It’s hard to believe it has been 40 years,” she said. “And it is also heartbreaking to know that Dr. King has been gone from this earth longer than he was here.”

Wow, how touching! how awesome! a privileged white teenager meets the great civil right leader and decides to dedicate her life to his struggle – I did wish she would cry a little, but broken voice is good to, although it is not clear whether she was sad over the fact that MLK was assassinated or over the fact that she no longer a naive 14-year-old white girl…

And speaking of things such as racism 40 years later, check this out!

Via barelyPolitical.com. It turns out that Hillary Clinton wasn’t lying after all about her trip to Bosnia back in the 90’s, here’s the footage.


This is a funny video via Slate. The premise: “Don’t you just hate when some upstart comes along and threatens your best-laid plans? We were struck by how well one of Reese Witherspoon’s monologues from the film Election fits the narrative of Campaign 2008.” If you liked the movie Election, this won’t disappoint.

I was driving home the other day listening to NPR (who’s the more pretentious one now Mikhail?) when I heard the tail end of a segment on All Things Considered called Vocal Impressions:

“Vocal Impressions” is a listener contest where we play a voice and you write about it. This time, we asked you to consider the voices of some of the people seeking the presidency of the United States. Listeners’ descriptions of the candidates’ voices reflected a healthy degree of insight, playfulness and skepticism.

Here are some of my favorites:

John McCain’s voice was described as “An undertaker explaining to the family why grandma’s funeral will cost $15,000,” as well as, “Casey Kasem announcing for the 10th straight week that your least favorite song is still No. 1.”

Barack Obama’s voice was described as “A glass of pinot noir with a Ph.D. in philosophy,” although I’d change that one to “a glass of chardonnay with a Ph.D. in English,” and “A public address system at a retail store when there’s a clean-up on aisle three.”

Hillary Clinton’s voice was described as “Lucy from Peanuts, home from college on her way to grad school, still berating Linus and Charlie Brown,” and “The sex ed teacher talking about abstinence.’ 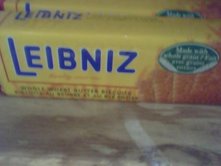 At long last the first week of the semester has come to a close. My travels down to Central America are but a distant memory and I’m back– as they used to say in ‘Nam (or at least in movies about ‘Nam)–“in the shit.” By “in the shit” I mean, but of course, back in my neighborhood where the WASPs run wild. Seriously, little toe headed kids running around, half-drunk mom’s going wild with that extra olive in the martini, Dad carrying his golf clubs into the car because maybe just maybe tomorrow will be close to 60 degrees, this after the holidays in which Moms and Dads dressed in the same sweaters and attended “holiday” parties where they discussed the old house they will tear down and build in its place a monstrosity that will inevitably ruin the historical quality of the neighborhood. WASPs-always bearing the wrong kind of history. I will have to digress…for this week was also the first week of the semester. 4 sections of Logic and Critical Thinking, 1 section of the History of Philosophy. Not to mention, masochist I am, I am putting together content for an online version of Logic and Critical Thinking. Now, I think that in general that distance learning is pretty stupid and works well for only the most motivated, skilled in both reading and writing, as well as independent minded student. But hey, “it’s a living.” To mark the end of the week I’ve decided to generate “off the cuff” a short list (in no order) that highlights its most awesome, if not largely political aspects (at least that I can recall). Here is a list of five since I’m pressed for time this morning. END_OF_DOCUMENT_TOKEN_TO_BE_REPLACED

Although this will most likely be cannon fodder for all of the people who hate Hillary (and the idea of a woman in the oval office for that matter), the sight of Hillary fighting back tears was surprisingly intriguing. At any rate, it’s an interesting glimpse into American politics, public political life and the harsh reality of the always bizarre American public. Why is she on the verge of tears? Let’s see:

Option 2. She loves America and doesn’t want to see it hijacked by someone else, or

Option 3. She had just been slicing some onions in order to appeal to the prep cook vote.

UPDATE: Prep cooks can celebrate! It appears Hillary’s strategy of tearing up may have worked as she squeaked past Obama in NH by a margin of 3%. See Maureen Dowd’s column in today’s NY Times, Can Hillary Cry Her Way Back to the White House