Kojeve’s theory of revolutionary action can provide us with a better perspective on the historical significance of the more recent revolutions across the ‘middle-eastern’ region of the ‘Dernier monde nouveau’. 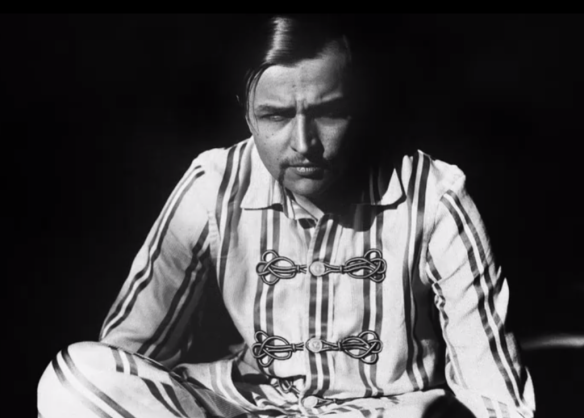 The FORMER WEST research exhibition After History: Alexandre Kojève as a Photographer, which for the first time unveils to the public the unique visual collection of Russian-born French philosopher and diplomat Alexandre Kojève (1902–1968). Curated by philosopher and art historian Boris Groys, the exhibition includes nearly 400 photographs that Kojève took in the 1950s and 1960s while traveling in Ceylon (Sri Lanka), China, India, Iran, Japan, Nepal, Russia, and throughout Western Europe, as well as over 1,700 postcards that he collected during his lifetime. This image collection captures the essence of both Kojève’s philosophical thinking and his political practice.

Groys opens with a rather odd statement – around 10 minutes he claims that Kojève have not published anything in his life. That’s not true. Kojève’s list of publications certainly wasn’t long but enough to fill 5-6 pages which is pretty good for a non-academic thinker. See the bibliography here (PDF).

It does not get any better later: Kojève did not get his degree in 1934, he defended his dissertation in 1926 (and published his thesis); he did not move to France in 1933 (note Groys’s implication that the move was precipitated by “you know what”), he started lecturing on Hegel in 1933 and was already living in Paris at the time.

The discussion of Soloviev is completely off the mark and barely passes as intelligible. Actually it is moronic. Sure, Soloviev was one of those mystical types that did write a poem about his meetings with Sophia and so on, but in Groys’ presentation he was basically a looney. Kojève writing a dissertation on him is somehow connecting him to this “sexualization of wisdom”? I’m not sure what Groys is smoking here – his Kojève has very little resemblance to anything I read. Maybe he found some secret “real Kojève” and he will now tell us all about it?