I found myself updating the cv today and ended up debating whether to include an “under review” and “works in progress” heading. I’ve never included such headings, and have often found an “under review” section presumptuous, if not slightly pretentious. Nonetheless, I’ve been thinking about it. What say you readers?

The bullshitter, as the one who is, not a liar, but indifferent to whether their utterances are true or false, is in some way the inverse of the poet (who “Nothing affirmeth and therefore never lieth”), because this indifference is not a sublimation in the service of something higher (and to which one must metaphorically extend the category truth), but a willful repression for the sake of something lower (reputation, career, getting the sex object into bed).

One of the greatest struggles I have, philosophically speaking, is wedding the seriousness of philosophy with the humility incumbent upon finitude. This constantly risks a kind of bullshit, as Albritton sees; one devotes a love to work one cannot ultimately believe in. (It is here that I’d locate the close kinship between philosophy and scientific method, which must also remain corrigible.

Or as Faulker so aptly put it, “”The measure of a writer isn’t success,  but how hard he tried to do what he knew he couldn’t do.”

In an otherwise confused and incomprehensible discussion about academic life in the NY Times, Mark C Taylor made one comment that I actually agree with: “Nothing represses the free expression of ideas more than the long and usually fruitless quest for tenure.” I’ll leave aside whether or  not it’s a fruitless quest, but Andrew Hacker makes a similar case in The Atlantic.

A lot of the pressure to publish is tied in with the pressure to earn tenure. You argue that tenure actually doesn’t do what it’s supposed to do—it doesn’t preserve academic freedom.

Here’s what happens. Academics typically don’t get tenured until the age of 40. This means that from their years as graduate students and then assistant professors, from age 25 through 38 or 39, they have to toe the line. They have to do things in the accepted way that their elders and superiors require. They can’t be controversial and all the rest. So tenure is, in fact, the enemy of spontaneity, the enemy of intellectual freedom. We’ve seen this again and again. And even people who get tenure really don’t change. They keep on following the disciplinary mode they’ve been trained to follow. END_OF_DOCUMENT_TOKEN_TO_BE_REPLACED

An interesting NY Times article, “Placing the Blame as Students are buried in Debt,” about student loans and financing education, given some of the recent discussions here as well as over at Ktistmatics:

So in an eerie echo of themortgage crisis, tens of thousands of people like Ms. Munna are facing a reckoning. They and their families made borrowing decisions based more on emotion than reason, much as subprime borrowers assumed the value of their houses would always go up.

Meanwhile, universities like N.Y.U. enrolled students without asking many questions about whether they could afford a $50,000 annual tuition bill. Then the colleges introduced the students to lenders who underwrote big loans without any idea of what the students might earn someday — just like the mortgage lenders who didn’t ask borrowers to verify their incomes. END_OF_DOCUMENT_TOKEN_TO_BE_REPLACED 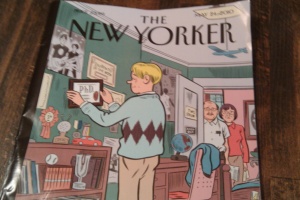 I think that it’s high time we here at Perverse Egalitarianism offer our own advice for graduate students.  To that end, I’m posting last week’s New Yorker cover as a sort of carrot on the one hand, and as a little dose of “the Real” (I capitalized it so everyone can know that I’ve opened a book by either Zizek or Lacan!) on the other.  Keep on. Keep on.  (I do fear that this image is disturbingly true, however.)

This is the kind of excessive attitude I used to be prone to that annoys my wife so very much, but what the author forgot to discuss was the ability to talk intelligently about the 800 unread books.  Academics make a career out of it (as do those pretentious bloggers).  Regardless, this little article, “The Joy of Unread Books,” kind of made my evening for some reason. I like this connection between reading and dissapointment.

Like most readers, I love browsing in bookshops and libraries. I like to run my fingers along the spines and read titles and authors’ names. I pull the books out and flip through them, thinking about the stories inside them, the things I would learn from them, how my life would be subtly but surely different after I had read them. Sometimes I buy or borrow the books and read them. As much as I enjoy the books, I often find that the book I have read is somehow not as exciting as the book I had imagined reading. No book is ever quite as good as it potentially could have been. END_OF_DOCUMENT_TOKEN_TO_BE_REPLACED

Look, Simon Critchley wouldn’t be my first choice either, and it wasn’t perhaps the best of invites on the part of the gray lady (if it was an invite at all), but gatekeeper of the profession, Brian Leiter is very upset:

They create a blog forum related to philosophy (“The Stone”), and then choose a complete hack as its moderator.  Simon Critchley?  Even among scholars of Continental philosophy (his purported area of expertise), he’s not taken seriously, let alone among philosophers in any other part of the discipline.  (When Michael Rosen [Harvard] and I edited The Oxford Handbook of Continental Philosophy, the idea of inviting Critchley never came up–how could it?)  If the APA weren’t fatally compromised by its need to pander to everyone, it would launch a formal protest.  Unbelievable.

I would urge readers to send a short note to the public editor, Clark Hoyt, stating, roughly, that you are pleased to see increased attention to philosophy in the NY Times, but are concerned that someone who is not taken seriously as a philosopher or scholar has been invited to serve as “moderator.”  Keep it short and sweet.  If they get a couple thousand e-mails to that effect, maybe they will wake up to the spectacular mistake they’ve made.

I don’t know.  This just sounds bitchy and somewhat petty to me.  Am I wrong?  What was that comment from Socrates Critchley cited?  Something about the philosopher’s clumsiness in day to day affairs makes him appear stupid or, “gives the impression of plain silliness.”  Hmm…

Looks like Perverse Egalitarianism is a semifinalist and placed third in the “competition.” Here’s the results:

Carla Goller, a South Tyrolean graphic artist, has designed a “trophy” logo that our top twenty vote-getters may choose to display on their own blogs. So here they are, in descending order from the most voted-for:

On Being Postacademic: Kenneth Mostern (excerpt h/t I Cite)

The scariest thing a young faculty member experiences is not, as is conventionally supposed, the “need to produce” and therefore her/his experience is not aided by the “mentorship” of an experienced scholar. Rather, the young scholar’s fear stems from the fact that no one in the department is talking to each other about scholarship. Faculty are socializing, going out, schmoozing all the time, and the ideas that supposedly drive the work they do are not being discussed. The mentor, if assigned, will try to teach the young faculty member how to navigate the minefield of the department, but that is exactly what is alienating. .. END_OF_DOCUMENT_TOKEN_TO_BE_REPLACED 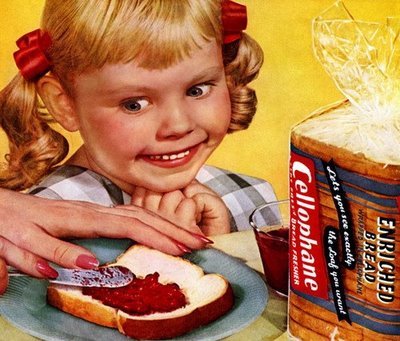 Table of Contents below the fold (some articles online). END_OF_DOCUMENT_TOKEN_TO_BE_REPLACED