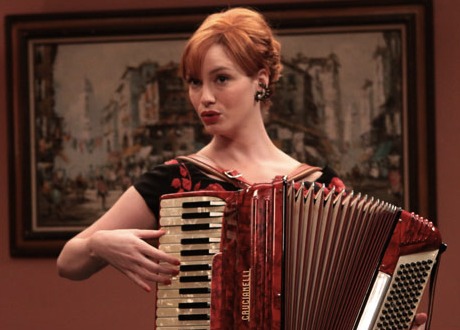 I had a rather open weekend, mainly due to various waiting room scenarios, so not open by choice, I suppose, and I brought a book along, like you do, to kill some time. It just happened to be Žižek’s latest Living in the End Times which I have purchased but have not read, and to be honest, I didn’t really plan on reading it as one reads a book, i.e. from cover to cover. I was planning to skim through it one day to see what the kids are into these days and be cool if anyone asked if I read it.

Having read half of the book in what might very well be considered one long sitting, I think I finally put my finger on what it is that I don’t like about Žižek as a writer, in addition to all the opinions of his that I don’t agree with: Žižek is not a writer. Don’t get me wrong, he writes and writes a lot, but there’s nothing writerly about his books which are, I realized in the same flash of insight, are, of course, not books either.

This insight didn’t come all of a sudden. Anyone familiar with works of Žižek knows the problem: his books are not really about what they claim they are about, especially the last couple or so, the title and, in many many instances, subtitles and sections don’t provide the promised content. Half the book into Living in the End Times I am yet to read anything about “end times” or “living” or to understand why the chapters are cutely labeled after the stages of accepting a loss. What I do get is an endless barrage of observations united by only one common characteristic: they all came into the head of Žižek in roughly this particular sequence. They read as transcripts of long diatribes patiently transcribed by an unfortunate secretary. Don’t get me wrong, I do find some of the observations, cultural references, anecdotes, or occasional obscenities to be deeply entertaining (therefore the hope that reading Žižek while waiting would be helpful in terms of killing time), but here’s the thing: Žižek’s writing is best understood (and possibly enjoyed) as the absolute opposite of sprezzatura.

Sprezzatura, sometimes rendered as “effortless mastery,” is one of the qualities of a successful courtier in Castiglione’s famous manual. I have realized on many occasions that I am not sure my adoptive American culture really appreciates the beauty of sprezzatura. Take this example, any foreigner living in the US is bound to meet a person who will inevitably pay them the following compliment: “You speak English so well! Did you speak it before you came? Was it very difficult to learn?” To which I always have a tendency to reply with the same sort of “Thank you, you are too kind” and no real details. One doesn’t want to reveal the actual sweaty-bloody details of one’s acquisition of some skill, it’s indecent to emphasize how hard I was working on my English (and continue to do so on the daily basis). The more effortless my English appears, the more I fit with the ideal of sprezzatura (or so I think). Americans on the other hand seem to be quite comfortable describing to themselves and anyone who would listen exactly how much effort they put into their skills.  If this “effortless mastery” is a kind of virtue, then Žižek’s writing is its very opposite and can be labeled “effortful inanity“. Again, not because Žižek lacks genius or inspiration, he probably has too much of both, but because, either due to time constraints or lack of real interest, he does not write, he dictates his thoughts at his readers.

Writing, as I understand it, involves a kind of transformation of the immediacy of one’s thoughts into a qualitatively different medium of text. I almost always get annoyed at some blowhard’s advice to write the way one thinks – thinking and writing are heterogeneous realms. Žižek’s lack of effort when it comes to writing is not shown in his frequent reusing of previous texts (these days he acquired a decency of introducing long quotes from his books with a “As I have stated before”) or retelling of the same jokes, but in his complete lack of writing style. There’s no style in his books, not artistic molding of thoughts into texts, no overall structure of either a book as a whole or a chapter as an element of that whole. It’s just all straight up from my mouth to your eyes diarrhea of half-baked (half-cooked) thoughts that the reader is supposed to put together. It’s a kind of “do it yourself” thinking book. And it is nonetheless effortful. How is it possible? How can you just put words on paper without any seeming organization or style and yet come across as so effortful, so rough and amateurish? This is where the secret of sprezzatura comes in.

The true secret of effortless writing is that it is never effortless, but must appear as such in order to impress and therefore produce an effect. I don’t know about you, but all these “advice columns” are making me sick not because they are dumb, but because they operate under the pragmatic assumption that all the young writers out there lack one thing: an advice from an older writer. That this is nonsense is quite obvious – the world of writing is saturated with advice. The real question is the following: what is the advice giver actually saying when he is giving advice? Yes, the most immediate response is that he is presenting himself as advice giver, as being important enough to give advice. But on a deeper level, those who give advice are supposedly trying to dispel the myth that writing is hard and can only be done by a select few, but in fact by doing so, they try to persuade themselves that even though they have little talent for really really good writing, they must not give up, because writing is democratic, if you know the few rules that guide it, even you can become a writer.

Žižek’s texts are openly and painfully unpolished, because polishing them is our job. Žižek couldn’t care less, he’s interested in thoughts. The fact that he produces monstrously ugly books (no structure, no development of argument, no real underlying purpose) does not bother him personally (or he keeps that frustration deep down inside) and I resent it as a reader. As a reader, I want to know that whoever wrote the book I’m reading is at least putting some effort into it and then skillfully hiding that effort. Knowing about how much time it takes some graham harman to write his book would be like knowing how many strokes it took my father to come while he and my mother were conceiving me. Exactly, gross!

15 thoughts on “Žižek and Sprezzatura”